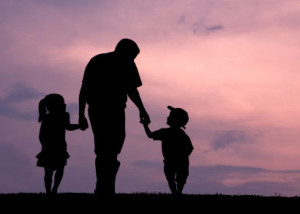 Have you ever just stopped and wondered “What is fatherhood?” In today’s media the father has become the joke of most television shows, the weakest person of the family and the one who is not really needed. Back on June 28, 1993, TIME magazine published an article on Fatherhood. It asked the question “Where are all the Fathers?” That question still rings today in the life of many kids.

If you go to just the basics, fatherhood comes from the word:

And from that we get fatherhood:

We all know that a noun is a person, place or thing. The cool thing about fatherhood is that it is all three.
•Person – Father. You.
•Place – Where ever you are.
•Thing – Your job to your kids.
While crawling through the web, I found a video on youtube, thanks to steelhousemedia, that I think really sums up what fatherhood is about. I have taken out the text and placed below incase it goes by to fast for you. Take a few moments to read over it and watch the video. See if you are fulfilling any of these items mentioned.

Fatherhood
To protect and love
To discipline and disciple
To encourage and embrace
What Fatherhood means
Fatherhood:
It’s the embodiment of a safe place
To grow, to dream, to be
Where children have a standard to follow
The freedom to fail
An authority they can trust
Fatherhood is more than a man’s identity
It’s the refuge he makes for his children
He feels joy when they run to him
He feels pride when they stand on their own
And admiration when they discover who they are

Fatherhood
It’s the lump in the throat that says…”that’s my boy.”
It’s the tear in the eye that says …. “That’s my girl.”
It’s the resolve in the heart that says… “I will always be here” “You will always have a defender.” “I will never give up on you.”

“…the LORD your God carried you, as a man carries his son, all the way…” Deuteronomy 1:31

Take some time today dad, put away the phone, turn off the television, shut down the outside world and hold your kids close to you and share some love of Fatherhood!

← Morning Question
FREE TODAY – YOUR WORTH IT! →