God Created the Man as the Leader

Chapters 2 and 3 of Genesis reveal that God very intentionally established the man as the leader in his relationship with his wife and his kids. This is demonstrated in several ways. 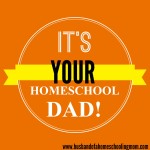 We are half way through this series of post now. If you are getting anything out of this or have a comment about the postings, leave a comment and tell about it with everyone. Part 4 of 6 will be here on Monday. But if you want to start at the beginning, just click right here!