This past Monday there was a combined family outing between Conversaving.com and The Husband of a Homeschooling Mom to the Six Flags Whitewater Park in Atlanta. Now you may be thinking, “You went to a water park on a holiday??”. The answer to that is, yes we did! With that trip a great question came up while we were there. It is not one of great philosophical thought or anything like that. It is simply “Who is relying on you dad?”

Upon walking up to the park we noticed a line at the main entrance gate. There were two people there taking your ticket or scanning your pass as you entered. Now on the other hand there were four ticket booths selling tickets and passes. The simple math here lets you know that there were twice the numbers of sellers as there was takers. Here is where the first part of the question started. Looking around the area I saw a gate that was unattended. Soon I saw people opening the gate and simply walking through and into the park. I mentioned this to one of the ticket takers and they sighed and made their way over to close the gate back and then returned to their station. Now the money had already been paid for the passes, otherwise you can not get to this point of the park, so there was no cheating on getting into the park. However, the gate-keeper and the other ticket takers were not there and aggravation and frustration soon developed within the crowd. 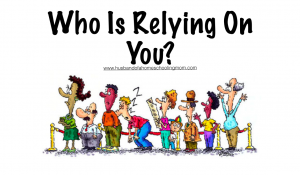 After making our way into the park we soon found a place to put our things and we headed out for a few quick rides with the kids. Our hearts were all set on some of the two person rides through the tubes for some good clean racing action. (This kind of event brings out the bad side of my competitive nature.) After floating through the lazy river and exiting on the other side of the park, we make our way to the top of the hill and turn the corner to find that area of the park closed off! There is water in the splash pool, water flowing down the tubes, floats stacked up and ready to be used, but the ride is closed. We think that since the park just opened, the workers had not shown up yet, so lets just give them a few and hit another ride. We had to backtrack a bit since that area of the park was closed to make it to another set of competitive slides. Only to get there and see the same thing! Confusion starts setting in at this point. We are now backtracking our backtrack to the first slides to see that they are still closed and find that another slide is now closed!

This was a reoccurring theme for the day as we were met with long lines, closed slides and stressed people. Then after waiting in one line for two hours, for a 45 second ride, we found out the problem. The park was relying on people to show up and do their job and they did not. It was the end of the season and people were not showing up to perform the duties that they were entrusted with doing. The problem was not the amount of people at the park, the problem was not that it was a hot day, the problem was the person that I was relying on to do their job was not there.

Dad, who is relying on you? I am not just talking about on Labor Day, but every day. You have a wife, kids and people at work that are relying on you to do what you have been called out to do. The wife is expecting you to be the physical and the spiritual leader of the household. Your kids are expecting your guidance in their life as they are growing up into adults. They are relying on you to protect, feed, house and love them. Your co-workers are expecting you to do your part of the job, so they do not have to do their part and your part. When you do not do your part, it looks like Whitewater on a day when the employees lay out. There is frustration, confusion, aggravation, and stress all because you did not do your job.

No one said that the job of husband and dad would be easy! I know that it can be a burden, pain, disaster, a point of stress and a headache. It is also the most rewarding, loving, fun filled job that I have in the whole world. So remember when you are ready to throw in the towel, there is someone relying on you. Be the man who God has called you to be and be there for your family!