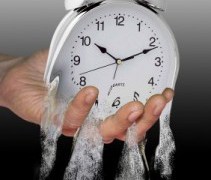 Those were the words sung by the Steve Miller Band back in 1976.  Words that are so true that it is scary!  I don’t know about you, dad, but it seems as though my life is slippin’, slippin’, slippin’ away too fast.  This is a big week for me physically, mentally, and spiritually.  I play the part of Jesus in a production at my church.  The soldiers try to keep things as real as possible.  Sometimes to real!  But if we stop and look around, the world is doing the same thing to us as dads and leaders of our home.

Many times the world will take a quick jab at us here and there.  Maybe you even get knocked down a time or two.  We loose focus on our spouse or family as a priority.  But are you getting back up each time and doing all that you can to get to the end?  Are you fighting past the pain, the disappointment, and people telling you to give up?  Or are you giving all that you can and trusting in God to carry you?

9 But He said to me, “My grace is sufficient for you, for power is perfected in weakness.” Therefore, I will most gladly boast all the more about my weaknesses, so that Christ’s power may reside in me.
10 So I take pleasure in weaknesses, insults, catastrophes, persecutions, and in pressures, because of Christ. For when I am weak, then I am strong.
2 Corinthians 12:9-10 HCSB

In life I must admit that I am weak. I may be the man of the house, but I am not “The Man”. There has only been one man who has walked the earth that was strong enough to resist the world. So, the world rebelled against Him to the point of crucification. Yet, driven by love of mankind and the desire to fulfill His Father’s will, He pressed on and endured that crucification.

Now this is where the lyrics kick in within my head. We were practicing the part of the crucification when Jesus is carrying the cross. The Roman soldiers are following along and occasionally hitting the cross with their whips. One of the soldiers missed the cross that night. The whip, which is a barber strap cut in half, came down across my back. In my mind I screamed out “STOP” as I quickly stood up and took a few quick steps to try to get away. We continued on with practice as I kept thinking to myself “Just let it slip away, let the pain slip away…slip slip away … into the future…time keeps on slipping’, slippin’, slipping'”. Then it hit me, He could have stopped time!

After that scene, I got to see my back. The skin was split and I now had two bloody lines where the whip hit. It is absolutely nothing compared to what Christ had done to Him. I received a misplaced swing on accident across my back. He was purposefully beaten, ridiculed, mocked and crucified. However, at any point of that, Christ could have simply said the four letter word “STOP” and the world and everything would have to obey.

Dads, we don’t have the ability to stop the world, we must push through what comes our way. I must rely on that wonderful Grace that the death and resurrection of Christ provides for me every day. I am reminded by two stripes on my back that He could have stopped time, but for me, time keeps on slippin’, slippin’, slippin’ into the future.

← What Do Homeschooling Dads Think? – Episode 1
Teach Them Diligently 2015 – Friday →